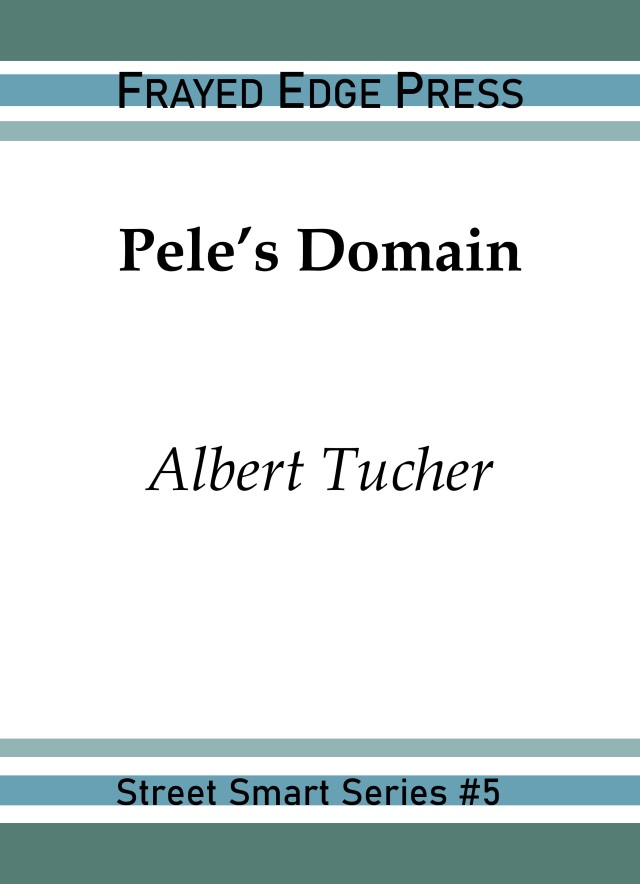 The eruption of Kilauea on the Big Island of Hawaii tests Officer Jenny Freitas like nothing else in her young police career. It’s not enough that she finds a murder victim in a doomed house just seconds before the lava overwhelms it. A second victim draws Jenny back to the danger zone again and again. Maybe the goddess Pele isn’t satisfied with owning the islands. Maybe she, and the killer, want Jenny too.​

"Tucher made a good choice in setting the story in the midst of Kilauea’s eruption. It is not only an unusual adversary, akin to a hurricane or an avalanche, it adds an overlay of dread to the story – things are out of control. . . . Pele’s Domain is a quick fun read!" -- Vicki Weisfeld in Crime Fiction Lover

Albert Tucher is the author of the Errol Coutinho/Big Island of Hawaii series of novels, which includes The Place of Refuge, The Hollow Vessel, and The Honorary Jersey Girl. He also writes about prostitute Diana Andrews, who has appeared in almost 100 hardboiled stories and the novella The Same Mistake Twice. Albert Tucher recently retired from forty years of public librarianship, and he spends every possible moment in Hawaii.