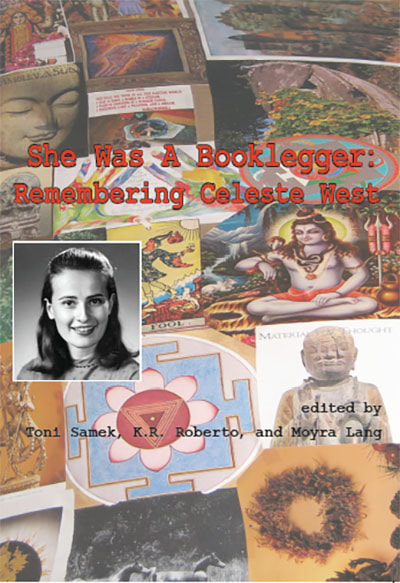 She Was a Booklegger: Remembering Celeste West

She Was a Booklegger: Remembering Celeste West is a compilation of reflections and tales from friends and other admirers who were influenced and inspired by this larger than life feminist librarian, lesbian, publisher, and activist. Celeste passed away in San Francisco on January 3, 2008 at the age of 65. She was a pioneering progressive librarian and one of the founders of the Bay Area Reference Center (BARC), Booklegger Press, Synergy[Magazine], and Booklegger Magazine. She was also co-editor of the now classic title Revolting Librarians. From 1989 until 2006, Celeste worked as the library director at the San Francisco Zen Center. She was a radical library worker whose practice challenged established library traditions by encouraging librarians to speak up about the need for systematic change. West initiated questions and challenged assumptions (such as library neutrality) that continue to be central issues examined in critical librarianship today. However, while Celeste released a lot of work to the world as author and editor, not much was ever shared about her as subject. This memorial volume provides a written record for those who wish to learn about this remarkable woman.