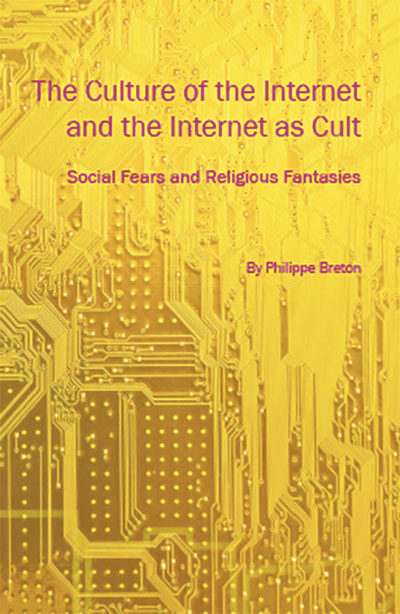 French author Philippe Breton examines the Internet and the culture surrounding it through the lens of its philosophical and cultural background. Central in his insightful analysis of “the Internet as cult” are Teilhard de Chardin and the New Age, but he looks also at the fears, passions and pathologies of Alan Turing and Norbert Wiener, the imagined worlds of Isaac Asimov, William Gibson, J.G. Ballard and Timothy Leary, the prognostications and confessions of Bill Gates, Nicolas Negroponte and Bill Joy, and the philosophies of Saint-Simon, McLuhan and Pierre Lévy. Breton contrasts the dreams of a transparent and unmediated world, a world in which neither time nor space are relevant, a world without violence, without law, without a distinction between the public and the private, with the reality of propaganda, computer viruses and surveillance; the world in which “sociality in the sense of mutuality disappears in favor of interactivity,” where “experience with another and with the world in general is replaced by brief reactionary relations that hardly engage us at all.” This English language translation is by David Bade.