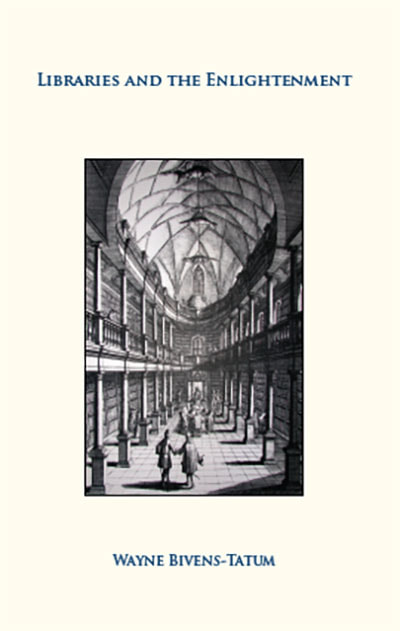 Libraries and the Enlightenment

Contemporary American libraries are products of the Enlightenment. The Enlightenment—the intellectual and political movement that emerged in 18th century Europe—consolidated various scientific and political ideals into a worldview advocating scientific discovery and experimentation, reason as a touchstone of truth, intellectual freedom to study and publish, skepticism about received traditions, individual liberty, political and social equality among all persons, democracy, and toleration of diverse opinions among other beliefs. From the 17th century on, libraries were crucial to the development and dissemination of Enlightenment ideals. Early modern “universal libraries” such as the Bibliothèque Mazarine attempted to collect books on every subject to promote study and research and preceded the rise of research libraries supporting another Enlightenment creation, the research university, with the goal of collecting, classifying, and disseminating the human and scholarly record. Early circulating and subscription libraries such as the Library Company of Philadelphia were founded by enterprising citizens who wanted to educate themselves about the latest scientific and philosophical knowledge. They led to the development of the public library movement in the 19th century, founded on the premise that people needed access to books and information to continue the education necessary for citizens in a democratic republic. These two goals of Enlightenment—to support the creation of knowledge and to disseminate that knowledge throughout a free society—provide the philosophical foundation for modern American libraries, with the ultimate ideal of a universal library universally accessible. There can be libraries without Enlightenment, but no Enlightenment without libraries.

Wayne Bivens-Tatum is the Philosophy & Religion Librarian at Princeton University