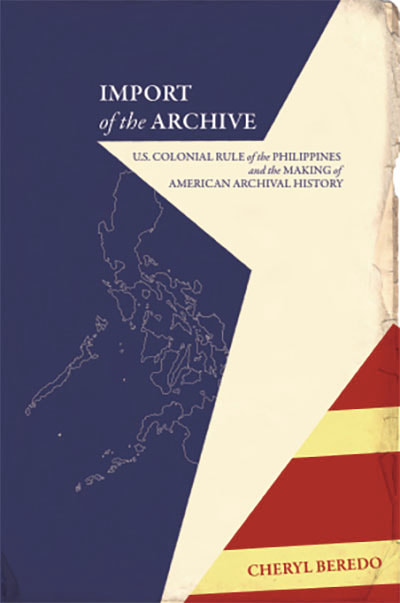 Import of the Archive: U.S. Colonial Rule of the Philippines and the Making of American Archival History

This book is number 5 the Series on Archives, Archivists, and Society, Richard J. Cox, editor.

Import of the Archive examines the role of archives in the United States’ colonization of the Philippines between 1898 and 1916. During this period the archives played a critical part in the United States’ entrenchment of a colonial state, exhibiting the flexibility and authority to enable arguments of the former colonial power’s incompetence and the native population’s incapacity.

Based on extensive research of and in archives in the Philippines and the United States, this book urges readers to consider archival history within the context of America’s imperial history. This book defines the archives broadly, as the accumulation material about a time proclaimed as “historic,” as well as the records of the Bureau of Insular Affairs and the United States’ Philippine Government, and the archives ceded by Spain per the treaty that ended the Spanish-American War.

Taking an historical approach to understanding the political function that archives played in this particular context, this book is intended for classroom use in archival studies curricula. A slim volume, it could be assigned with complementary books or articles on archives in other colonial contexts, critical analyses of libraries and archives, or any number of topics. It will also be of general interest to scholars of archival history and United States-Philippine relations.