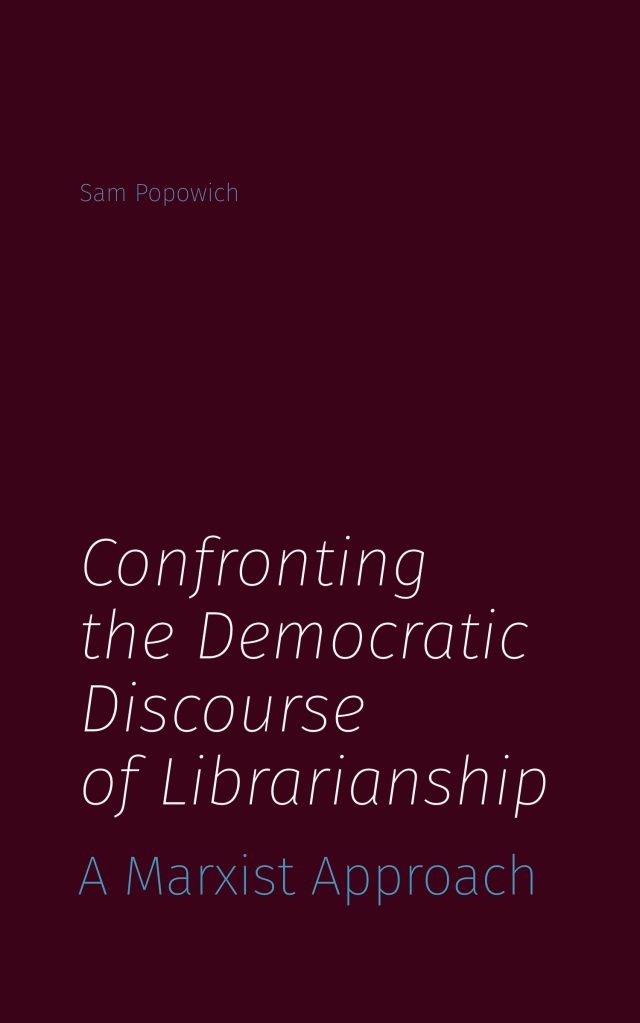 Confronting the Democratic Discourse of Librarianship: A Marxist Approach

Taking a broadly Marxist approach, Confronting the Democratic Discourse of Librarianship traces the connections between library history and the larger history of capitalist development. These connections suggest that the relationship between the library and capitalism is closer and more insidious than the democratic tradition allows. Drawing on theories of ideology and politics, and looking at recent research in critical librarianship, this book makes a case for the structural interconnection of librarianship and capitalist exploitation. As a result, oppression is entrenched within the profession due to the library’s role in the social reproduction of capitalism, while the oppressive structures of society are obscured by the very ideology of democracy that holds sway within the field.

Sam Popowich is the Discovery and Web Services Librarian at the University of Alberta and a PhD student in Political Science and International Studies at University of Birmingham. His research interests include critical theory, technology, and labor.