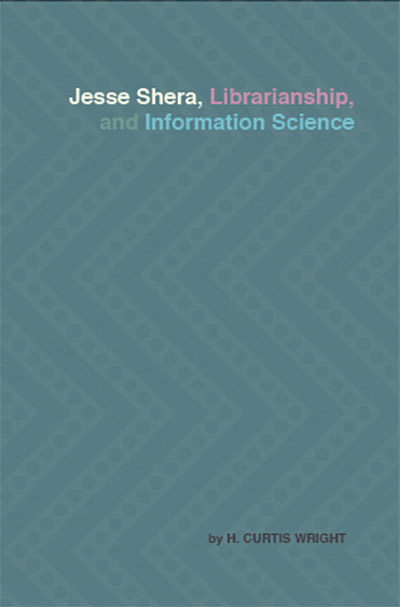 Jesse Hauk Shera did perhaps more than any other figure in defining library and information science in the mid 20th century. He pioneered the application of information technology in libraries and in the field of documentation, as head of the American Documentation Institute (now ASIST), as a professor at the Graduate Library School in Chicago, and as head of the library school at Western Reserve University in Cleveland, Ohio. At Western Reserve, Shera founded the Center for Documentation and Communication Research. But despite his efforts in introducing information technology to the field of libraries, Shera was a humanist and a historian who emphasized the human side of librarianship and the sociological nature of the profession, especially in his advancing years. His theory of social epistempology provided a philosophy for librarianship as a professional calling and as a research-oriented discipline, where deep subject knowledge and an understanding of the needs of readers are more important than technological tools.

H. Curtis Wright’s study, originally published in 1988 by Brigham Young University’s School of Information Sciences, is the only book-length biography of Shera that has been written. The focus of Wright’s biography is Shera’s role in defining and negotiating the boundaries of library science and information science, as he sought to make the most intelligent use of technology in libraries without getting lost in the capacities of the astounding tools that were being developed. Wright succeeds in showing how over a long career, Shera developed an intellectual foundation for librarianship that was dependent neither or the new ideas of information science and its technologies nor on traditional methods. This book is a superb introduction to Jesse Shera’s life and career and its meaning. Includes a foreword by Kathryn La Barre and an index by Victoria Jacobs.