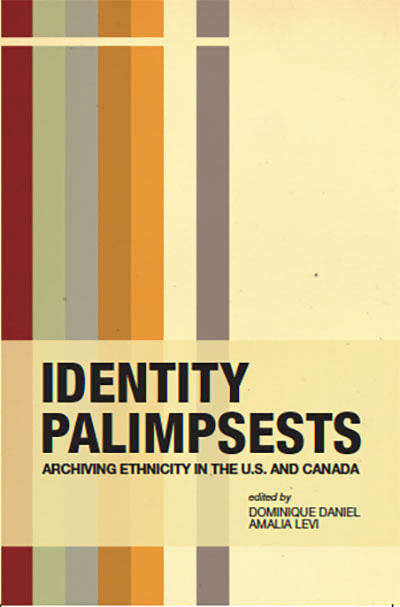 Identity Palimpsests: Archiving Ethnicity in the U.S. and Canada

This book is number 6 in the Series on Archives, Archivists, and Society, Richard J. Cox, editor.

Identity Palimpsests assesses the ways ethnic identities and other forms of belonging are affected by, and also affect, current practices in ethnic archiving. The book begins with an overview of the evolution of the way ethnic organizations and communities have collected, preserved and provided access to their heritage. It then goes on to examine contemporary practices and theories in the context of a cultural heritage sector that is today defined by the digital medium and the Web. Institutions involved in ethnic archiving include libraries, archives and museums that document the history of immigration and ethnicity in the United States and Canada.

Archives shape the way we understand the past and see the future. This has repercussions for the construction, writing, and representation of minority and diaspora histories in the North American context. Considering the variety and diversity of ethnic populations in North America, these repercussions reach beyond the Atlantic and the Pacific Oceans as well. In an age of citizen-archivists, and citizen-historians, the changing ways we understand authority in archival settings signal a paradigm shift. Archivists and historians are called to reexamine and redefine their roles and professions in this process.

At the theoretical level, the chapters discuss the impact of ethnic studies and evolving theories of ethnicity on archiving practices; the effect of ethnic archiving on historical research; and the emergence of memory studies as a lens for understanding identity. Both contemporary and historical perspectives are included.

Archival science has long challenged the image of the archivist as a neutral guardian of the historical record and recognized her role as an active shaper of archives, but historians have yet to discuss implications for historical research. This book is designed to bring new theoretical insight into the impact of this challenge on ethnic archiving, to suggest ways historians are affected, and to begin to study implications for the archivist‟ practice. The book also innovates by exploring the impact that archivists have on the very ethnic identities they are trying to preserve. The book’s intended audience is cultural heritage professionals; iSchools and Library Science schools’ students and faculty; and historians. While the book deals with heritage institutions in the U.S. and Canada, it appeals to an international audience.