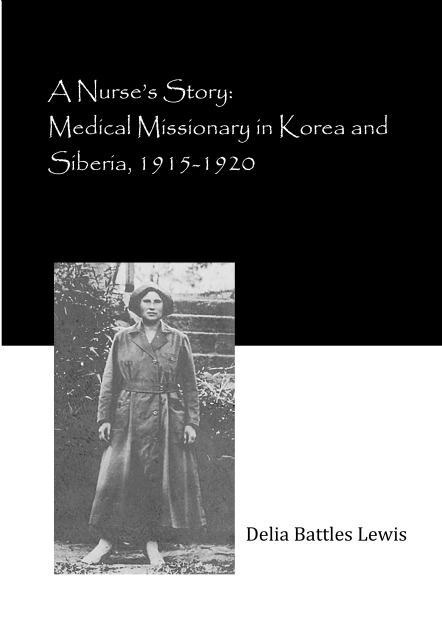 ​Delia Battles left her small town in Ohio to train as a nurse in New York City and then went on an adventure of a lifetime. She found fulfillment in her work as a medical missionary in Korea, training native nurses at the mission hospital in another small town, Haeju. Her life of service there was interrupted by WWI, when she was called to be part of a Red Cross unit on the Eastern Front. She traveled on the Trans-Siberian railroad, encountered fleeing refugees in Harbin, and then worked in a typhus hospital and helped establish a Red Cross hospital in Omsk. At the end of the war, she returned to Korea to work in a hospital in Seoul, just in time to witness the first stirrings of the Korean Independence movement.

Delia Battles Lewis (1888-1959) was an Ohio native who earned her nursing degree at the Presbyterian Hospital's School of Nursing in New York (now the Columbia University School of Nursing). Following her medical mission service in Korea and her Red Cross work during World War I, she returned to Ohio and married William A. Lewis of Ashtabula; they had two children. She later returned to private nursing and remained a staunch advocate for the nursing profession throughout her life.