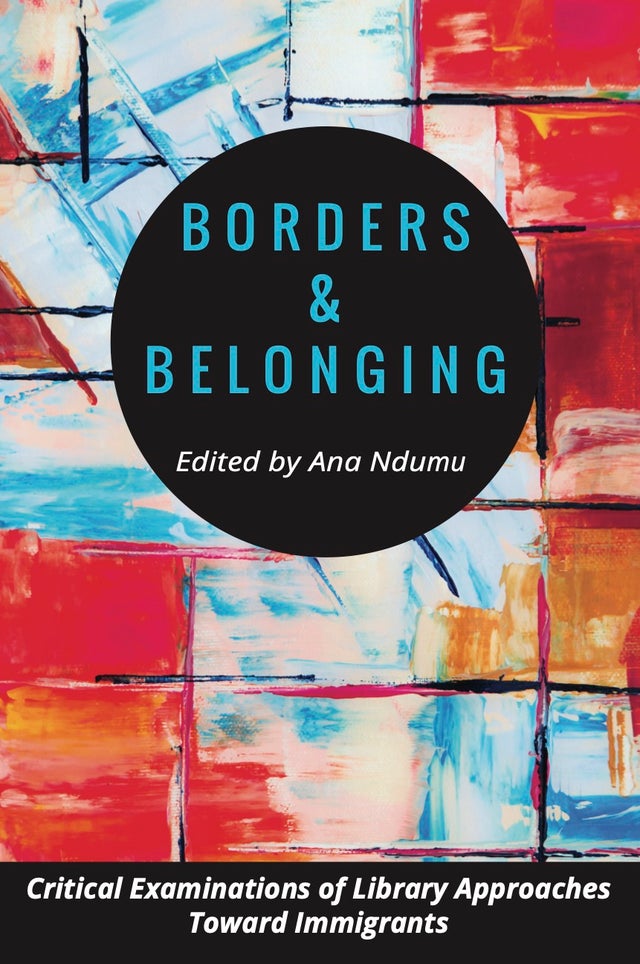 Borders and Belonging: Critical Examinations of Library Approaches toward Immigrants

Borders and Belonging explores the role of libraries as both places of belonging as well as instruments of exclusion, xenophobia and assimilation. For over a century, North American libraries have liaised between immigrant communities and mainstream society by providing important sociocultural and educational services. Yet, outreach efforts have largely adhered to “Americanizing” ideals that reinforce ethnocentric and fatalist attitudes particularly toward undocumented and/or underprivileged migrants, refugees and asylees. As immigration continues to dominate public consciousness and political debates, the library profession must interrogate presumptions of immigrant incompetence or inferiority, and combat the uncritical positioning of librarians as rescue workers. We must also redress the historical inattention to the contributions of immigrants within the profession as well as within U.S. and Canadian societies. Through reflective essays, original research, and critical analyses presented by a range of specialists and thought leaders, Borders and Belonging challenges readers to dismantle problematic paradigms.

Ana Ndumu is a faculty member at the University of Maryland, College Park’s College of Information. She received both MLIS and PhD degrees from Florida State University and examines the cross between libraries, information and migration. Ana has many years of library experience and serves on various library association committees and boards. She presents and publishes on library services to immigrants, immigrant information justice, and racial representation in library and information science.