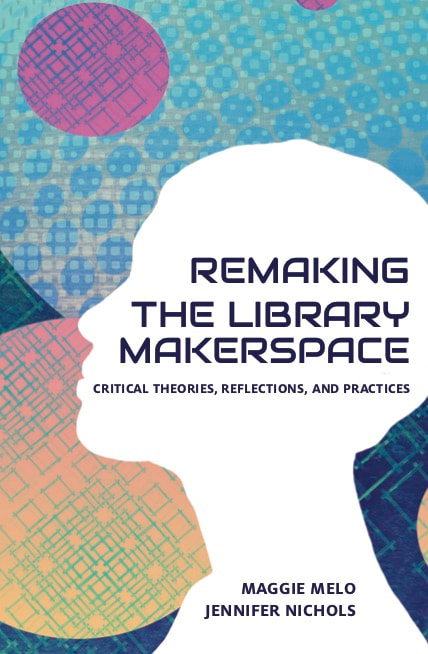 The Maker Movement is a social phenomenon that has generated excitement around tech-centric making and learning throughout the world since the mid-2000s. Hailing from Silicon Valley, the Maker Movement has inspired hundreds of libraries across the US to integrate makerspaces into their own ecosystems to further support users’ learning and discovery. While the affordances of the Maker Movement have been highlighted extensively over the past decade, the limitations and drawbacks of this movement have been largely overshadowed. The Maker Movement has popularized a narrow, classist, predominantly white, and heteronormative conceptualization of maker culture. Makerspaces, like libraries, are not neutral, but rather are imbued with ideologies stemming from Silicon Valley that consequently dictate who makes, why making occurs, and what is considered making. This edited collection centers the limitations and challenges emerging from this particular brand of ‘maker culture,’ and emphasizes the critical work that is being done to cultivate anti-oppressive, inclusive and equitable making environments.

Many authors have focused on how to start a makerspace and/or the benefits of integrating one within a library. Alternatively, this edited collection captures how librarians and educators have disrupted and re-made their makerspaces in response to the constraints of the Maker Movement’s ‘makerspace.’ This collection offers readers a critical examination of library makerspaces at the site of praxis: theory, reflection, and action. Particularly, critical considerations around race, age, class, gender, sexuality, power, and ability will be centered in this volume. As such, the intended audience for this body of work are librarians, educators, administrators, and library professionals who work with(in) or are interested in library makerspaces.

Maggie Melo is an assistant professor in the School of Information and Library Science at the University of North Carolina at Chapel Hill. She recently completed her PhD at the University of Arizona, where she was an American Association of University Women Fellow. Her work has appeared in portal: Libraries and the Academy, Hybrid Pedagogy, and Computers and Composition Online. She co-founded the University of Arizona’s first publicly accessible and interdisciplinary makerspace – iSpace – and strategically facilitated its growth from a 400-square-foot room in the Science-Engineering Library to a 5,000-square-foot facility soon to be housed in the University’s Main Library. She also founded the Women Techmakers Tucson Hackathon, the Southwest’s first women’s-only hackathon.

Jennifer Nichols is the Digital Scholarship Librarian at the University of Arizona, and a program lead for the iSpace, the first publicly accessible and interdisciplinary makerspace at the University. She grew the programming and operations of the nascent iSpace beginning in 2015 as a Fine Arts and Humanities liaison, and continues to expand partnerships and programming between campus and community entities. Her current research centers around designing for equity and inclusion in digital spaces, library services, and makerspaces. Prior to her career as an academic librarian, Nichols was a Young Adult librarian with Pima County Public Library for nearly 8 years. In this capacity she created digital media and maker technology workshop series for teens, and coordinated and led an IMLS/MacArthur funded YouMedia Learning Labs planning grant to create and employ a Youth Design Team of 15 members ages 14-21 to plan the 101 space at the Joel D. Valdez Main Library.

Now Accepting Pre-Orders of This Title!