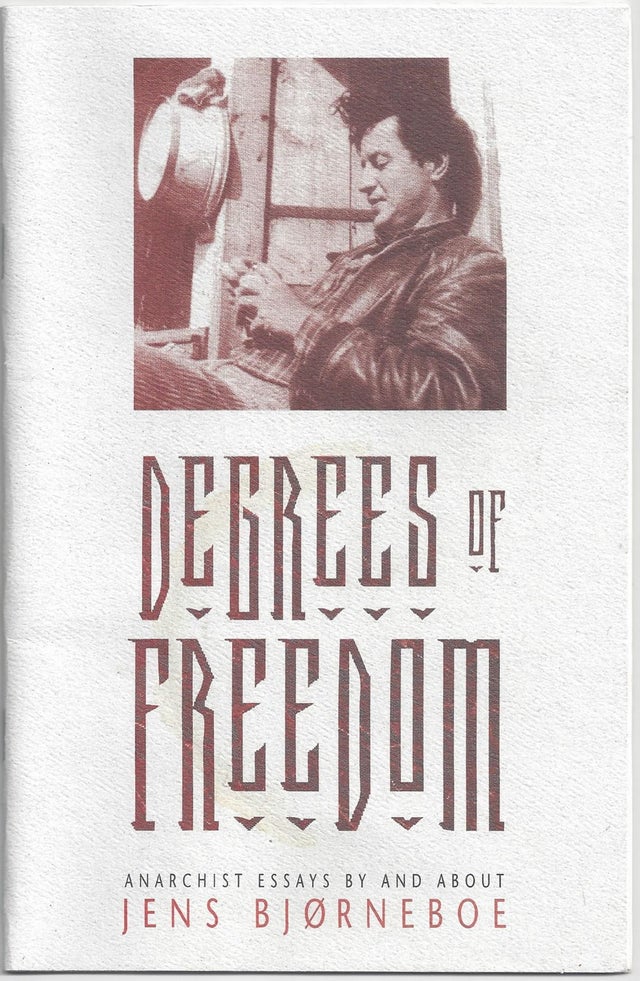 Degrees of Freedom: Anarchist Essays By and About Jens Bjørneboe

This pamphlet contains essays related to the celebrated Norwegian writer, Jens Bjørneboe, specifically concerning his philosophy of anarchism. Contents include:

Jens Bjørneboe (1920-1976) was one of Norway's most noted post-World War II authors. A poet, playwright, essayist, and novelist, he was both banned and honored in his home country. He is best known for his works of fiction, particularly the History of Bestiality trilogy: Moment of Freedom (1966), Powderhouse (1969), and The Silence (1973); and his bestselling final novel, The Sharks (1974). A controversial figure both during and after his lifetime, Jens was a complex personality embodying a variety of influences from Anthroposophy to Anarchism.